Prior to starting the company he was a Carpet Mill regional sales representative for Arizona and New Mexico. He is a member of the Ceramic Tile & Stone Association of Arizona, the Better Business Bureau , holds 2 current licenses with the AZ Registrar of Contractors and won the Certified Flooring Executive Award from the World Floor Covering Association in 2002. Von is one of the less then 25 people to have received this award in Arizona
Von earned the Certified Flooring Executive designation in 2002 (less than 25 of these in Arizona!) .

Von is active in the community, he recently served on an Ad Hoc committees for the Town of Gilbert to recommend funding for Non-profit groups serving the valley, as well as recommending building the newest multi use sports park in Gilbert, “Big League Dreams”, a $41 million District Park.

Von has recently served as a judge for the Ceramic Tile and Stone Association of AZ. Selecting jobs for the Excellence in Workmanship awards among 40 high end homes.

He is the former Chairman and served 5 terms on on the Gilbert Parks and Recreation Board.

Von is active in the Boy Scouts of America, he has been an Adult Boy Scout Leader since 1983 and earned his Eagle Scout award as a teenager.

He received a Bachelor’s degree in Business Administration in 1984.

Von, a 3rd generation Arizona native, has been married to his best friend for 32 years. He and Julie are the parents of 5 children, with 4 granddaughters, 3 grandsons!

Von has served twice on the Annual Workmanship Awards judging committee for the Ceramic Tile & Stone Association of AZ, inspecting over 60 homes in the process.

0 plus
Years of Experience

One of Von’s favorite hobbies (outside of the Boy Scouts) has been going to impoverished areas and doing service projects for needy families. In the last twelve years, Von’s family and a group of family friends have teamed up to provide the materials and build/remodel a home for a handicapped girl in need.

East Valley Floors supports Habitat for Humanity by providing all labor and materials for new floors in several homes, including a new home in Glendale, and recently a two story home in south Phoenix.

In March of 2006, Von’s family and friends built a new house from the ground up for a family in Mexico, 80 miles South of Yuma. This took a family of 5 living in a 10 ft. by 10 ft. single room of scrap lumber and scrap metal to a new framed home with a waterproof roof, windows, and electricity inside the home.

If you ever want to contribute to a worthy project, contact Von and he has several projects in the planning stages. Construction materials and other donations are greatly appreciated.

You have lots of questions. Here are some resources that can help.
Learn More 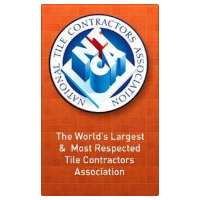 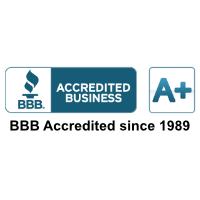